In 2018, the Lower Elkhorn Natural Resources District (LENRD) board of directors approved a motion to fund a portion of the riverfront development project to revitalize downtown Norfolk, paving the way for a brighter future for Northeast Nebraska.

At their January meeting, former state senator Mike Flood, and Norfolk mayor Josh Moenning updated the LENRD board on their $1 million investment to the riverfront project. The two also summarized the goals of the Northeast Nebraska Growing Together initiative, explaining the history and future of population loss in the area and how to change the downward trend. The Aksarben Foundation has organized and funded the initiative.

“It was a big commitment made by the board to join with the city to invest in this recreation project that is leading to new development and growth,” Moenning said. Flood added, “It’s important that the city and the NRD are on the same page. We’re all pulling in the same direction.”

Moenning said designs will be finalized for Johnson Park improvements, river restoration, and other downtown projects in the coming years. Some projects, such as the River Point Square, will begin this year.

LENRD general manager Mike Sousek, said, “One of the 12 responsibilities of the NRDs is the development of recreational facilities. The LENRD’s investment in the riverfront development project will work towards bringing more people back to the area and will compliment the efforts that will be made through the Growing Together initiative. This is all part of the LENRD’s mission to  improve the quality of life for the citizens of Northeast Nebraska.” 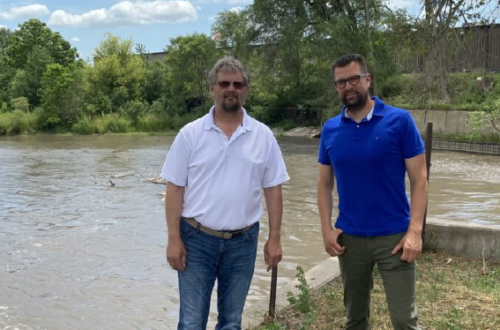 Investing in Quality of Life, Norfolk Expects New Growth Around the Bend 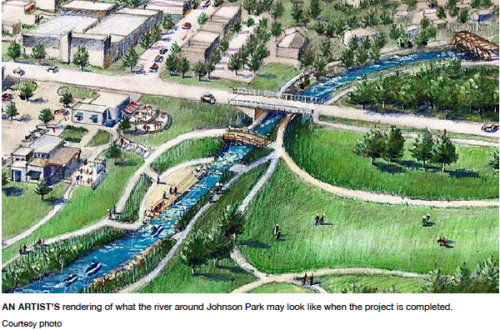 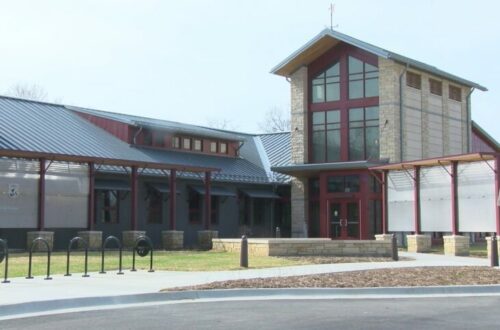